Mary Cowan has been holding the WOMAN OF THE YEAR recognition for over 20 years.  Each spring she receives nominations of women who work for the betterment of the Village of Westport through their church, community groups and businesses.

On May 26, at the Cove Country Inn, Mary announced that the WOMAN OF THE YEAR for 2019 is Marianne Roberts.  The name of the award winner is the best kept secret in Westport, and Marianne arrived at the Cove with her husband, daughter and son-in-law expecting to congratulate another woman!  Many of Marianne’s friends joined her to celebrate.  Marianne’s husband, Rob, gave a lovely speech that outlined many of the endeavours Marianne has supported.

Congratulations Marianne!  Well deserved and many thanks for all you do for the Village of Westport.

The topic for the next BREAKFAST WITH THE MAYOR is:

The importance of Succession / Business Owner Planning: From growth to sudden/planned transition.  We have two or three speakers – including financial planner, accountant and lawyer – who will speak directly to the business owners about planning for your financial future.  Whether it is passing your business to your children, selling it to others or just closing the doors – there are many things that you should be thinking about now.

Everyone is invited.  We have tailored the presentation for business owners. 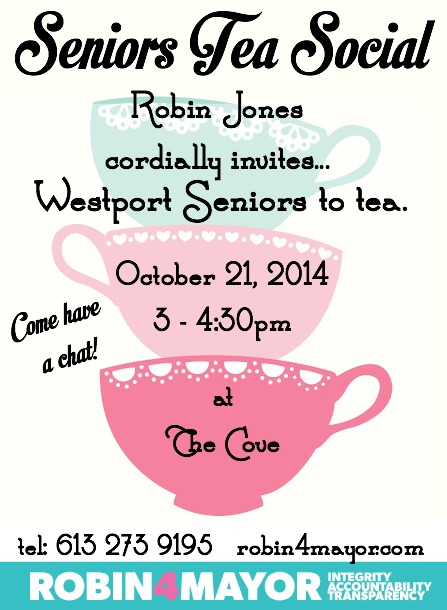 Over 80 people helped me launch the “Robin4Mayor” campaign for Mayor of Westport on Friday August 1, 2014 at The Cove Country Inn. It was truly encouraging to see a complete mix of local business owners, seniors, youth, friends and family in attendance. The atmosphere was charged with excitement! 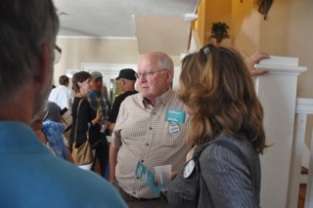 Latest From The Mayor’s Desk:

What are you looking for?

Committed to community. Dedicated to progress.